A downloadable game for Windows and macOS

Writing about Janelle Monáe's first EP, Metropolis: The Chase Suite, Tobias C. Van Veen echoes the album's declaration that "robot love is queer love." Van Veen writes about "loving the other, and about loving an-other whose otherness transgresses all that is presupposed in the possessive of the 'whose': an-other who is not a who, but a what."

01101100 01101111 01110110 01100101 (Love) is a comedy, music FPS (First Person Singer) about a robot who serenades its comatose creator. While steeped in the comedy of a lovesick singing robot, the game encourages the questions of object love, alien love, and the disorientation of queer alien love that Van Veen connects directly to the Afrofuturist imaginary. Players can shuffle through the many songs at will while exploring the compact and isolating science facility, floating in a kind of space/time limbo, and meeting its other uncouth inhabitants. Players can also shoot some hoops to pass the time while listening to the songs.

As a 3-minute terminal experience, players are encouraged to play the game multiple times in order to hear all the songs, which range from comedic to tragic, and piece together a broken narrative of their own making based on the fragments of robot sentiment and lyrical storytelling.

For more on Robot Love as Queer Love: http://liquidblackness.com/wp-content/uploads/2017/01/LB6-VAN-VEEN.pdf 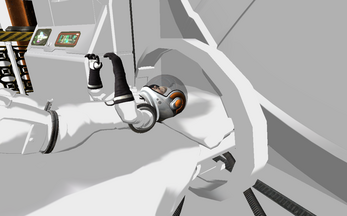 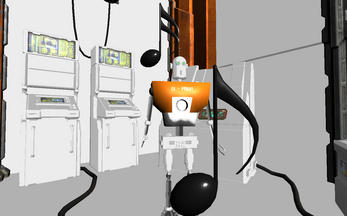 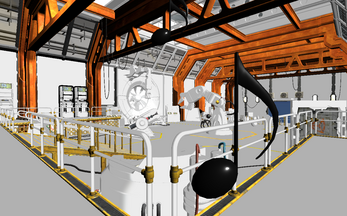 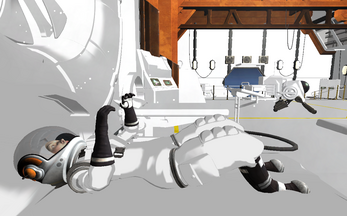 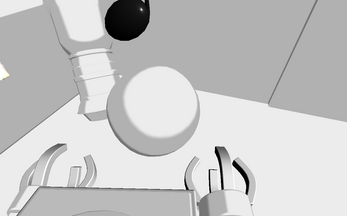 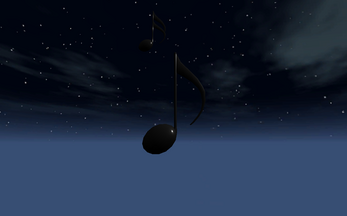