A downloadable game for Windows and macOS

Chairs for Bashir was exhibited at PixelPop Festival 2018 in Saint Louis, MO, on July 28-29, 2018. Thanks to all the organizers and attendees! You can read more about the event here.

Amidst the Syrian civil war, this short narrative adventure game follows a young girl, Nadia, who organizes a recital for her friend Bashir, a talented oud player, in their small town.

As Nadia, players must convince the local townsfolk to donate a chair from their apartment to construct a makeshift concert space in a small courtyard.

Chairs for Bashir explores the beauty that coexists against a backdrop of ruin and war in a country that is being torn apart by civil strife and tyrannical government forces, both domestic and foreign.

Use HEADPHONES for the optimal experience.

Chairs for Bashir takes ~20-40 minutes to complete and is designed to be played in one sitting.

Here is the game from update 1. Hope the text is readable. White text on a light background makes it hard to see and it's still pretty small. Think I might have finished a quest by putting the cross on the poster but no idea who I was doing it for. Maybe have all the names of the quest givers in the top right and they disappear when you have completed them. Anyways good job John. Keep them coming... :)

I really loved playing and exploring the scene.  A few game-play suggestions though:

It isn't much of a problem on the streets, but the momentum the player carries when they're moving became a bit of an issue in some of the spots I was exploring.  I feel like releasing the movement keys should just stop the player immediately.

The help screen for the controls could use a little improvement, it took a little bit of effort to read.

You can't interact with a few of the characters again after you accept a task from them (I think it was Rashad and Fariq specifically).  My attention was a little divided when I was in the middle of a conversation and I ended up missing what my task actually was, and I ended up completing the oranges delivery by accident.  It might help to either update the mission box in the upper left corner of the screen, or just make sure we can walk through the dialogue of each character again after accepting their task.

Overall though I thought the narrative was well done, the atmosphere was pretty well constructed, and it felt pretty nice to play.  Great work!

Thanks for the suggestions and notes. These are helpful. And thanks for playing!

OH one other thing, it might be worth considering adding a simple pause menu (even if it's just the options "Continue" and "Quit").  I hit escape at one point and was pretty bummed out that it started me back at the beginning.

Yeah. I had a simple pause menu, but it was being fussy, and I try to be as minimalistic as possible with any UI. But you're not the only one to encounter the "muscle memory" escape problem. Even I have done it! I'll try to reimplement the pause menu in the next update.

Mouse sensitivity is off the charts. Move slightly one way and you move a lot. The text is very small for the huge box that pops up.  I also fell off the world just by moving to an edge. The small town does look nice and the music is very apt. With a few tweaks here and there this could be a decent game... :)

Thanks for playing and for the feedback. Do you remember where you fell off? And were you playing on PC or Mac?

I fell off when I left the town. I'm guessing leaving the town you can fall off anywhere. Not game breaking if you don't leave I guess but I like to explore. I ran past some trees and then fell off. I only play on PC and I'm hoping the sensitivity will be patched ?

I just lowered sensitivity slightly on my latest build, based on your feedback. I don't want to overdo it and make the game feel sluggish, though. I'm also updating the UI for dialogue slightly.  I wasn't even aware you could get on the outskirts of town -- I thought I sealed it off. What part of the main town did you "escape" from?

Not sure exactly. I just walked out to a clump of trees. Went past those and fell. 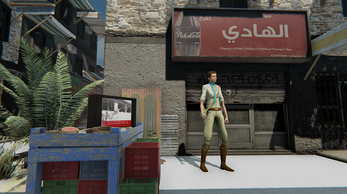 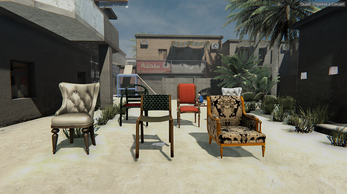 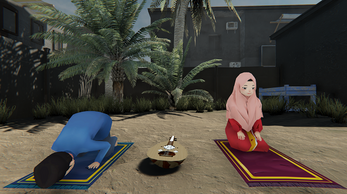 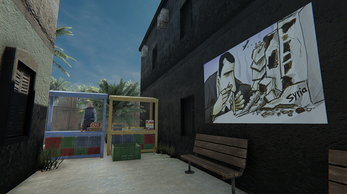 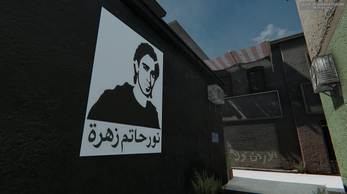 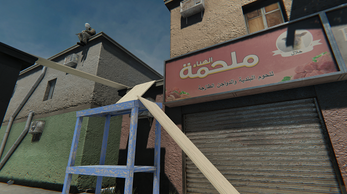