Oratorio is a rhythm action rail-shooter for the NES.

This initial full-featured demo was created for the NESMaker Byte-Off III (2022) competition.

Oratorio is a rhythm action rail-shooter for the NES.

It's primarily inspired by games like Rez, Child of Eden, and Thumper.

This demo features a full stage, which consists of 10 sections, dozens of waves of melodic enemy blasting, and a boss (or two?)!

As an on-rails rhythmic shooter, players create the music of the game by shooting enemies, projectiles, and powerups. Everything players do contributes to the soundscape in this innovative retro music shooting game! The game can sound as full or as empty as players want.

Players control a cursor and assume a first-person perspective on an ever-expanding digital track in cyberspace.

Despite our best intentions, the world did not survive us.

In the wake of this ruin, the Mega Corps and their Metaverse emerged as a beacon. Life became a luxury reserved for the wealthy. And the blueprints of life, the DNA data for all flora and fauna, became a commodity owned by the most powerful Mega Corp, Nu-Li.

While most used the Metaverse to escape the desolation of everyday life, the eco-hacker group SOL (Save Organic Life) used it to fight back.

As time runs out for the world, SOL launches a desperate mission to hack Nu-Li and steal back all the copy-protected DNA data. With it, they can bring back what’s been lost.

In the hacker world, you are known only as Oratorio.

You are the world’s only chance for revival.

Note: This game acts as a side story to my cyberpunk narrative universe The Last One Horn. Check out the other games in that universe here.

Select -- (while Pause is active) Quit Out

You are downloading a NES ROM. You will need an emulator to play this game. I recommend MESEN or FCEUX, but any up-to-date NES emulator should run the game. Be sure to customize your inputs on whatever controller you will be using.

This game is also FULLY COMPATIBLE with the Everdrive or the PowerPak for play on original NES or equivalent hardware. Finally, if you have a flasher and a Mapper 30 compatible board/cart, you can also flash the game yourself for play on an NES.

Design and Story by John Vanderhoef

Rez is the GOAT.

Thanks. Hope you enjoy it. 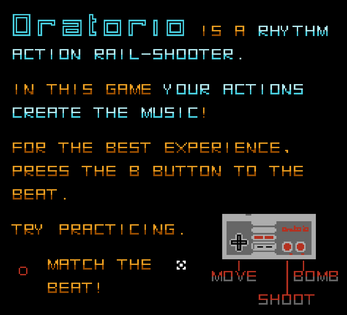 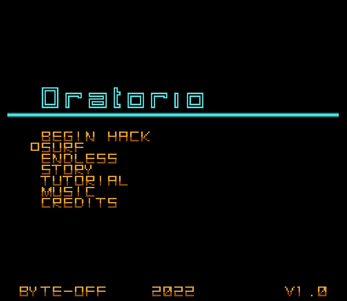 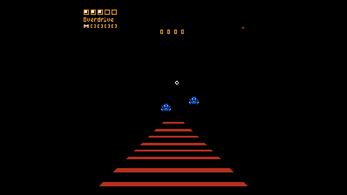 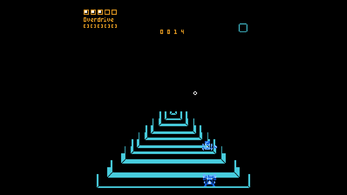 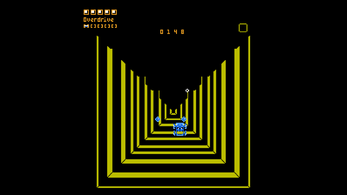 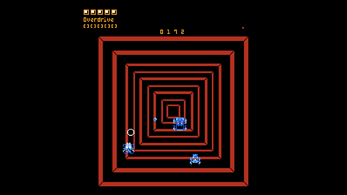 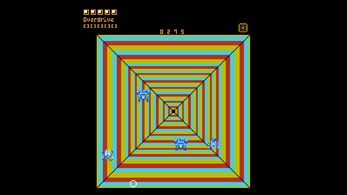 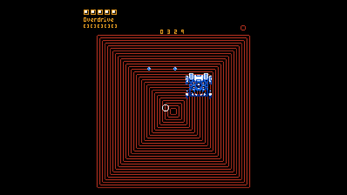 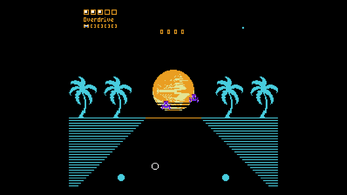 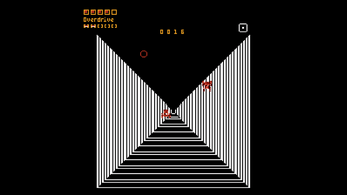 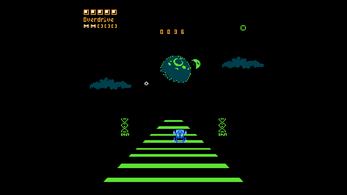