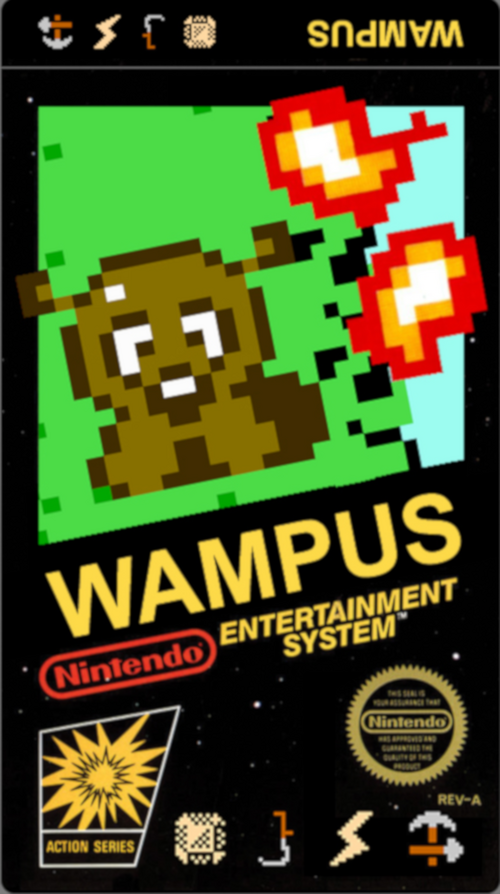 It's hard to believe, but I worked on Wampus on and off since January 2019, releasing multiple iterations into the wild, and I only noticed the bug I finally fixed tonight about 10 months ago.  And for whatever reason, I didn't fix it at the time. Before that, nobody had even mentioned it to me. In fact, nobody mentioned it to me until just recently.  Anyway, since the game is currently free and has a bunch of new players, one player reminded me of it. So, my profound apologies for letting it sit this long. In previous builds of the game, if players hit Pause while a text box was displayed, it would allow players to move -- and when they transitioned to another screen, the background tiles would be glitched. Pretty major, right? Anyway, that's finally fixed.

The MULEniverse may never really be "finished." But as the famous quotation goes, "Art is never finished, only abandoned."

An arcade adventure game for the NES.