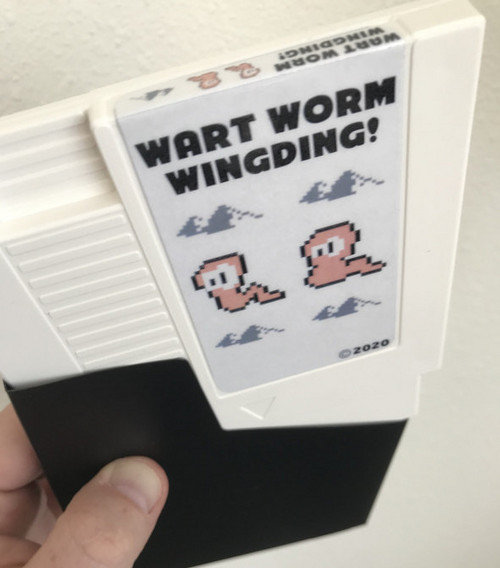 Incredibly minor update. I basically told the game to no longer draw blank sprites. Not sure anybody will notice except on screens with 2-players, large enemies, and a lot going on. But it still improves the game ever so slightly.

By the way, if you've played Wart Worm Wingding, you might be interested in the other NES games in the MULEniverse.

2. Bat Lizard Bonanza (a shmup inspired by Gradius and Parodius)

4. neMULEsis (this final NES MULEniverse game is in development and will be a run and gun game inspired by Contra)

A 2-player platform arcade game for the NES!